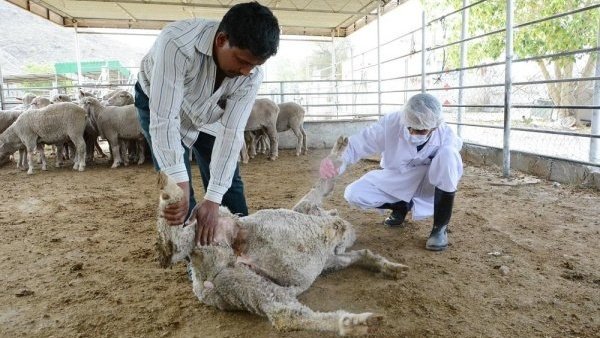 Muscat: Quarantine imposed on seven farms in Ibra has been lifted after it was confirmed that livestock are now free of the Crimean-Congo Haemorrhagic Fever (CCHF), according to the officials.
A number of livestock farms were shut down in South Al Sharqiyah recently to limit the spread of CCHF.
Last May, an Asian expatriate died after he contracted CCHF in the wilayat of Ibra, a senior official of Ibra Municipality told the Times of Oman.
“The expat who died was a butcher in one of the livestock farms, owned by his father, and died from the fever. It is a solitary case, and we are checking to see if the disease has spread to other animals or people,” the official added.
From early 2016 until the end of April, the Sultanate recorded six cases in which people three people suffering from CCHF have died. CCHF is a disease caused by a tick-borne virus. The virus is transmitted to people, either through tick bites or contact with infected animals. This disease is endemic to the Sultanate, with the first case reported in 1995.
The World Health Organisation (WHO) in Oman said there was an urgent need for formulating a comprehensive prevention and control strategy to combat Congo fever in the region, in view of the increasing incidents.
The Ministry of Health works together with the Ministry of Agriculture and Fisheries to monitor CCHF, as well as in providing the public with educational brochures about the disease.

Indian Budget 2023: Per capita income more than doubled since 2014