Do not give in to Cave Syndrome during the pandemic 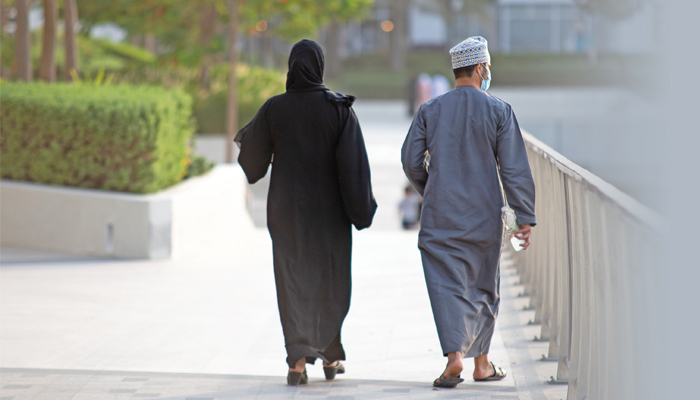 Everyone should spend some time outdoors every week.

Muscat: People in Oman have been encouraged to spend at least some time outdoors every week, as forcing themselves to stay indoors all the time during the COVID-19 pandemic could lead to ‘Cave Syndrome’.

Mental health professionals in the country say that although precautions are required so that people protect themselves and others from the virus, developing an unhealthy, and sometimes irrational, fear of going outside will only lead to more mental health problems in the future.

Dr Gerald D’Costa, a specialist psychiatrist at Badr Al Sama’a Hospital, said it was in many ways natural for people to be apprehensive about going out at a time like this, because they are afraid of catching the virus or spreading it to others.

“I would say, however, that there is no need to be paranoid during such a situation, because nothing good comes from such behaviour,” he explained. “Over the past 18 months or so, we have gotten so used to staying at home and limiting our exposure to the outside that you are bound to feel very cautious about going outside your house.

“The fear of what happens in case you catch COVID-19 is still very much with the people,” added D’Costa. “Fortunately, the number of people coming forward to take vaccines is very high, and as we go back to normal life, issues such as Cave Syndrome will most likely die down, but there is no need to be very afraid of going outside: sooner or later, you will have to, anyway.”

Gerald D’Costa has seen people reporting to him with similar issues when they have to make big transitions in their lives.

Cave Syndrome can also occur when people have had to change their habits for a while, and then need to go back to the way they were. The term was coined by American psychiatrist Arthur Bregman, when he realised a lot of patients he had treated kept requesting him for sick notes, because they were afraid to return to work because they required to interact with society once again, a situation that made them nervous and anxious.

Anuya Phule, a psychotherapist at Hatat Polyclinic, explained that the term ‘Cave Syndrome’ perfectly sums up the mental state those who suffer from it find themselves in.

“When you are faced with an uncertain or negative situation, it is common to retreat into what we call a ‘cave’,” she said. “This can be either mental or physical in nature.

During the COVID pandemic, many are likely to be afraid of the situation outside, because the virus can be found anywhere, people can be infected at any time, and there is nothing we can do about it – you therefore feel helpless.”

“At home, however, you feel in control because it is your territory, and as a result, you feel safe, just like an animal would in a cave, but on the contrary, you might become more and more fearful of going outside,” she added.

“Long-term effects of scenarios such as Cave Syndrome include developing the symptoms of acute psychological problems such as post traumatic stress disorder and agoraphobia. It is therefore very important to come out of this state.”

The best way, she said, is to talk to someone about your problems, preferably a close friend or a sympathetic family member. Finding a person of that nature, however, adds Phule, can be hard to find, because mental health is not given the importance that is should be.

“The pandemic has really taken its toll on all of our mental wellbeing because of the unprecedented situations we have had to face,” she explained.

“If you are a man, you are expected by society to be strong and weather such situations, and if you are a woman, it is assumed you will put others first, so it is not easy to sometimes find the sympathy required in such situations.”

This was an attitude shared by Sara Hassan, a practicing psychologist in the country, who said that Cave Syndrome, if it affects the head of the family, can trickle down and influence others in the house as well, leading to more psychological complications.

“There is a natural instinct to take care of fellow members at home, so when you prevent them from going outside because of your own fears or insecurities, you are making them afraid as well,” said Hassan. “This affects both your mental health and theirs.

“If you do feel afraid of the outside, do not try to overcome this at the very beginning by spending a lot of time outdoors,” she added.

“Rather, spend a small amount of time, and then increase it gradually. Go for a walk, just spend some time outdoors. The mental health impact of the pandemic are here to stay for a long time, so there is no point dismissing such issues as trivial.”

US expanding cooperation with India to address global challenges: Blinken