We Love Oman: Rock Garden, one of the greatest natural treasures of Duqm 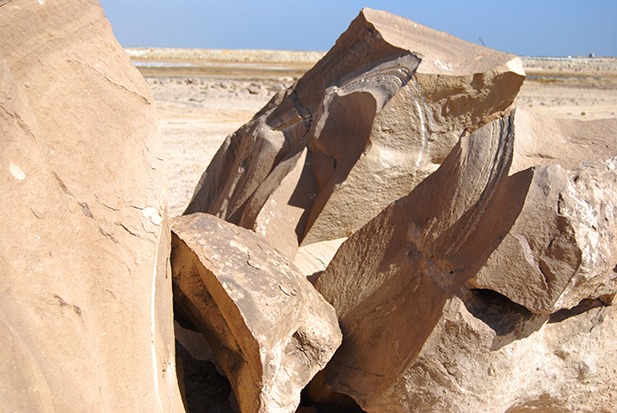 Duqm’s Rock Garden is one of the major geological sites of the Sultanate of Oman. It  is considered one of the greatest natural treasures of Duqm, and the six-kilometre site houses unusual rock formations believed to be 46 million years old.

Set around this site are sandstone and limestone sculptures shaped by wind, water, ice and other natural elements over millions of years. A visit to Duqm is incomplete without a tour of this singular attraction.

According to Oman’s Ministry of Tourism, “Located about 550 km from Muscat, visiting this geographical marvel feels like stepping onto another planet. Limestone and sandstone rock formations eroded by wind and weather cover a large area. Look closely and you might even be able to spot fossils. Whichever way you approach this place, you’re likely to have travelled through hundreds of kilometres of rocky desert. It is, therefore, somewhat surprising to find three square kilometres of desert fenced off and signposted “Rock Garden.” If you leave behind any preconceived ideas of what a garden may look like, and focus instead on the rock part of the name, you’ll be better prepared for the site."

“At first sight, there is little (if any) difference between the fenced off and the surrounding area. Yet, once you start wandering around, you’ll find a curious array of sandstone and limestone formations. Water, wind and millions of years combined managed to create this bizarre landscape. Almost perfectly spherical stones sit next to rocks resembling animals, thrones, human body parts, and whatever else your imagination can conjure up. Some large rocks stand balanced on smaller ones, while others sit at improbable angles.”