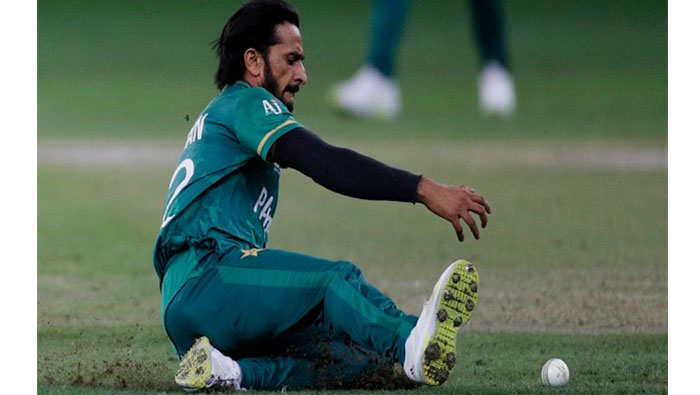 Dubai: Pakistan bowler Hasan Ali on Friday issued a statement for the first time since the Men in Green’s semi-final defeat in the T20 World Cup 2021 against Australia.

Hasan Ali was one of the main talking points in Pakistan’s five-wicket defeat against the Aussies. In the penultimate over of the match which later turned out to be the final over, Ali dropped the catch of Australia batter Matthew Wade, who then smashed three sixes in three balls to win the match for his team. Ali took to Twitter and wrote: “I know you all are upset because my performance didn’t meet your expectations from me but not more disappointed than me. Don’t change your expectations from me. I want to serve Pakistan cricket at the highest level possible, so back to hard work. This patch will make me stronger so Alhumudilah. Thank you for all the messages.”

In the second semi-final, when David Warner and Maxwell fell in successive overs from Shadab Khan, the chase of 177 seemed a distanced dream but Stoinis and Wade had other ideas as they put on 81 in 7.4 overs.

Stoinis started the comeback as he went after Rauf, but it was Wade who did the most damage with three consecutive sixes off Shaheen Shah Afridi.

Australia will now play New Zealand in the final of the T20 World Cup on Sunday.