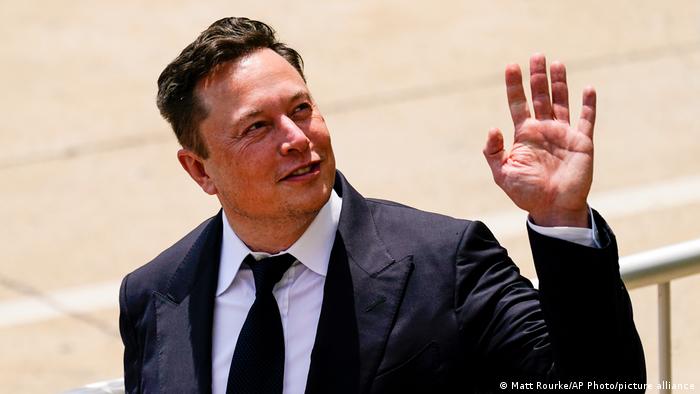 Washington DC: No stranger to controversy, Elon Musk currently the world's wealthiest man waded into yet another when he took a jibe at US Senator Bernie Sanders tweet on tax to say, "I keep forgetting you're still alive."

Sanders, 80, had taken to his Twitter to post: "We must demand that the extremely wealthy pay their fair share. Period." Musk, founder of US companies Tesla and SpaceX and a notorious troll also responded to Sanders tweet by posting one of his own: "Want me to sell more stock, Bernie? Just say the words...".

This jibe about "selling stock" from Musk followed last week's sale of a grand total of USD 6.9 billion worth of Tesla shares.
Musk can be considered as Sander's description of "the extremely wealthy", having a net worth of USD 285 billion, according to Bloomberg's Billionaires Index.

Earlier this month, Musk hit the world's record high in terms of the volume of his assets, exceeding USD 300 billion, making him the first person to reach this spot.

Currently, Musk's fortune is estimated at USD 300 billion, according to the Forbes Billionaires ranking.
It saw a sharp increase in recent weeks due to a hike in Tesla shares, driven by its deal with car rental company Hertz for the sale of 100,000 Tesla cars.

Amazon founder Jeff Bezos ranks second with over USD 193 billion.
Senator Sanders, a democratic socialist independent from Vermont, is known for advocating for the American middle class and speaks against the growing income and wealth gaps in the United States. As a Democratic Presidential candidate, Sanders had lost out to Hillary Clinton and then Joe Biden in 2016 and in 2020.

Meanwhile, Democrats in the US Senate have proposed a "billionaires tax" to target the super-wealthy on the unrealized gains in the value of their liquid assets, such as stocks, bonds and cash, which can grow for years as vast capital stores that can be borrowed off to live virtually income tax-free, according to an explanation by the New York Times.