Movies to watch this weekend 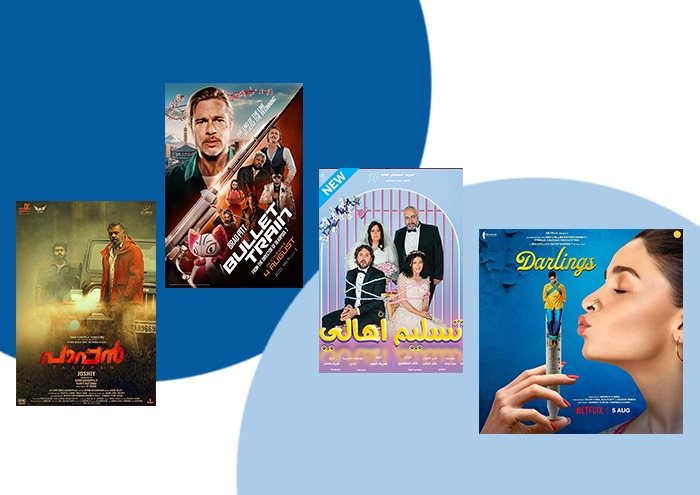 In Bullet Train, Brad Pitt stars as Ladybug, an unlucky assassin determined to do his job peacefully after one too many gigs gone off the rails. Fate, however, may have other plans, as Ladybug’s latest mission puts him on a collision course with lethal adversaries from around the globe – all with connected, yet conflicting, objectives – on the world’s fastest train. From the director of Deadpool 2, David Leitch, the end of the line is only the beginning in a wild, non-stop thrill ride through modern-day Japan.

Unraveling a mysterious murder in the terrains of central Travancore. This story takes you through an exceptionally gripping crime investigation journey of Kerala Police, confronted by an ex-cop Abraham Mathew Mathan aka PAAPPAN. Destiny has an emotional tryst in store for Paappan as he dives deeper into solving the case touching upon the grey recesses from his past. But Abraham was not just an ex cop.

When Khalil and Zahia discover a deep dark secret they find themselves on a rollercoaster of unexpected events.

Netflix is keeping its viewers on their toes with an Indian Hindi film 'Darlings', this movie depicts the lives of a quirky mother daughter duo.Red Chillies Entertainment and Eternal Sunshine Productions will produce the film under the noses of Gauri Khan and Alia Bhatt. Alia Bhat plays the lead role in this movie 'Darlings'. will stream on August 05, 2022